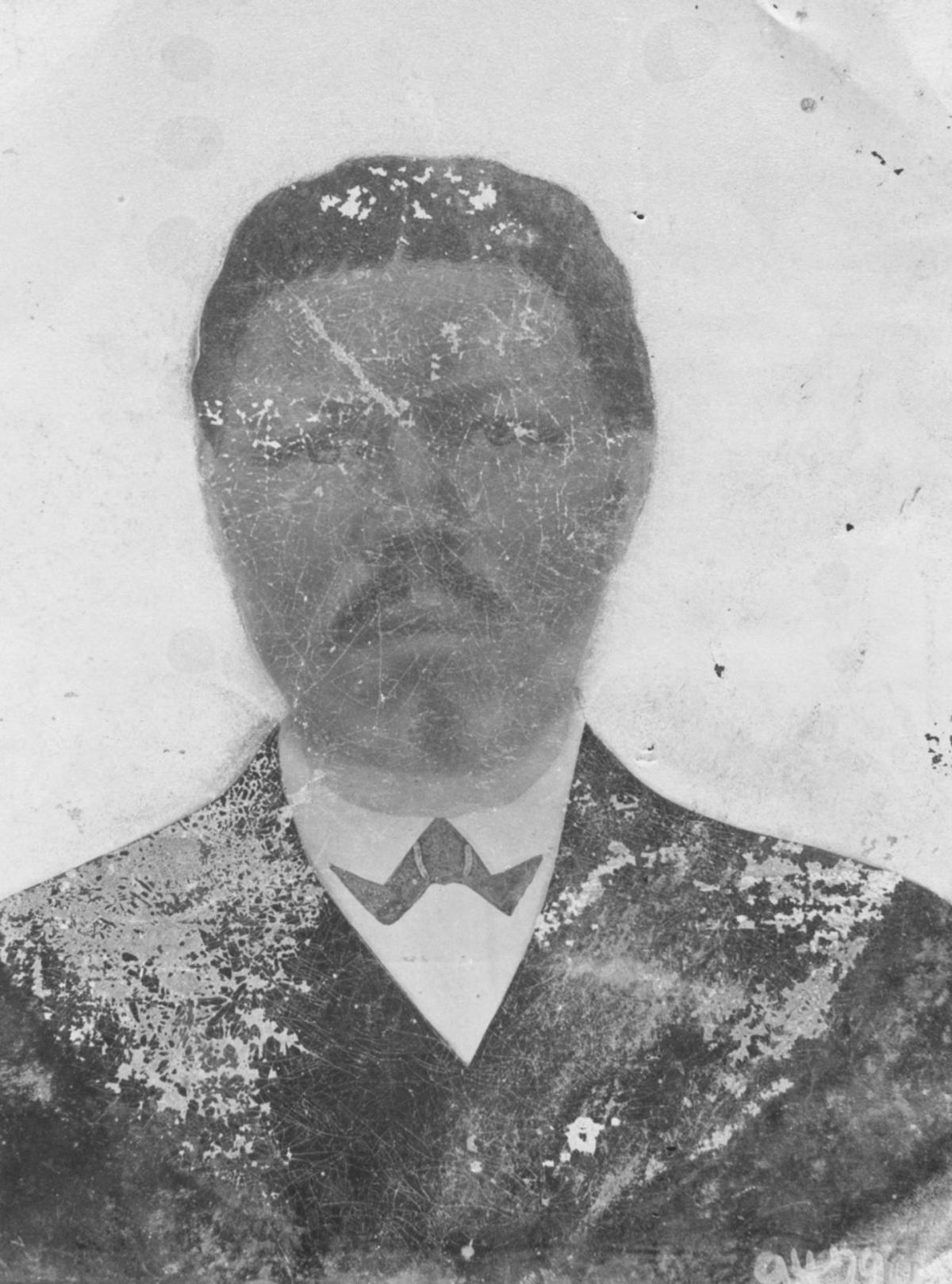 Known as the "Paul Bunyan of Stone County," this is the only known tintype or photo of John Wesley Fairley. He was born a slave and later amassed a small fortune in the lumber industry. 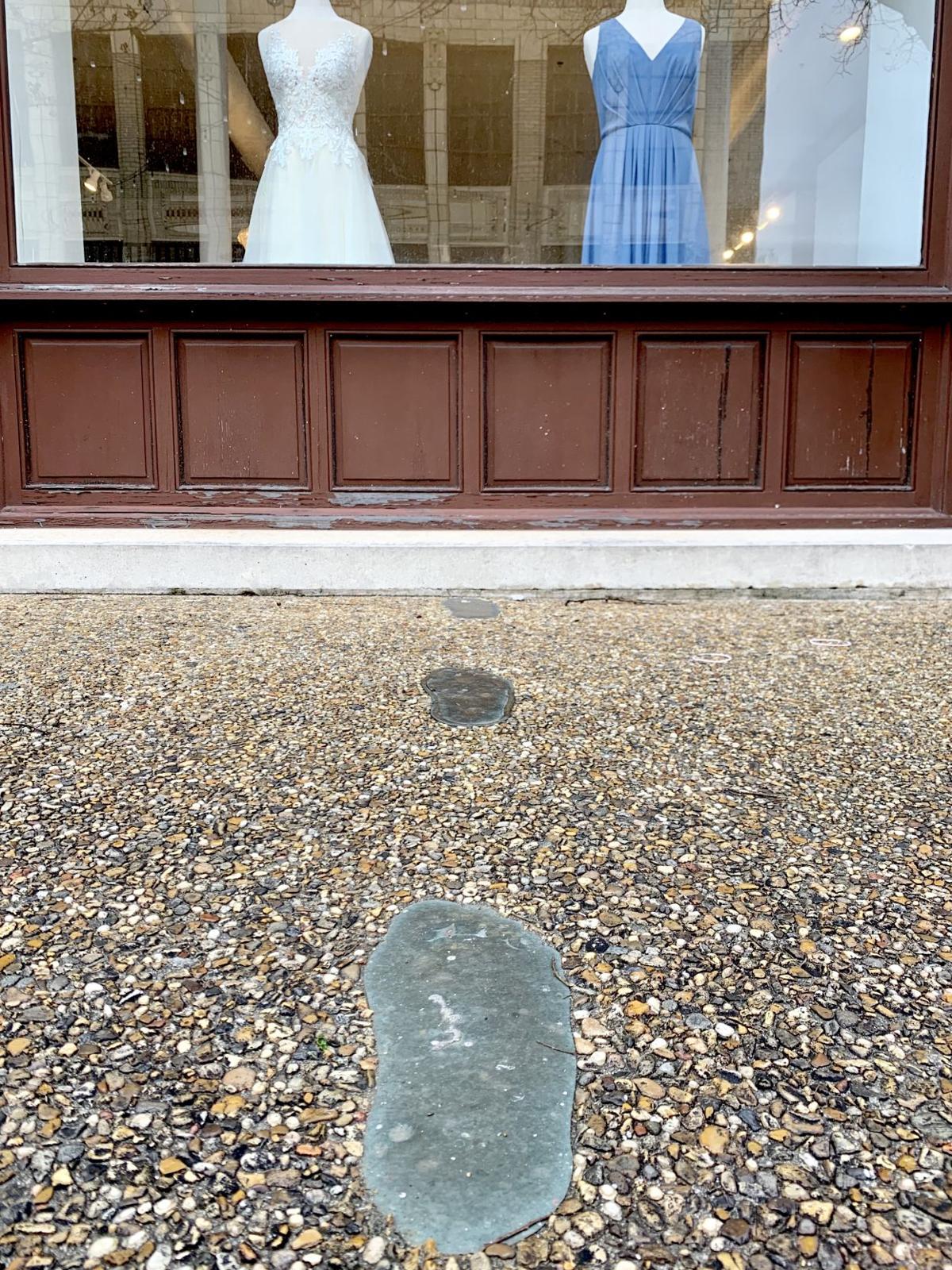 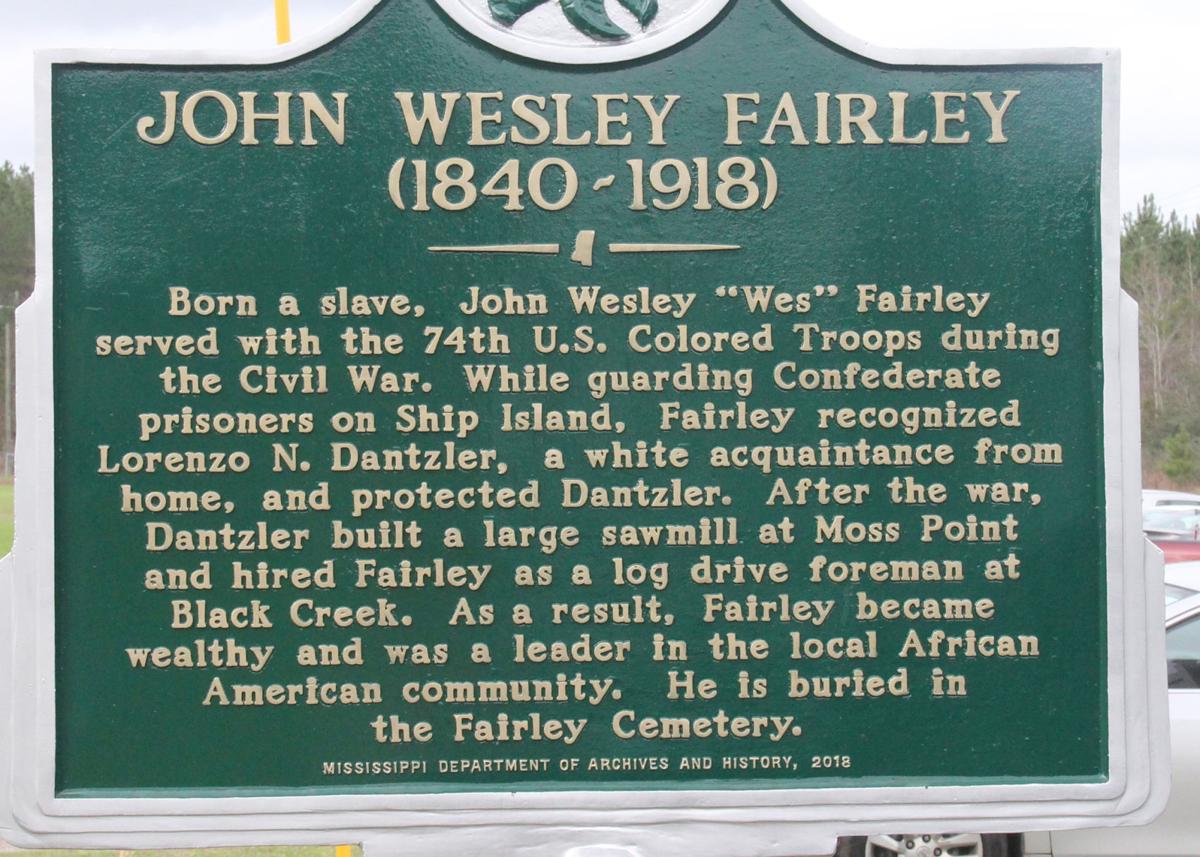 Known as the "Paul Bunyan of Stone County," this is the only known tintype or photo of John Wesley Fairley. He was born a slave and later amassed a small fortune in the lumber industry.

The “Paul Bunyan of Stone County” will get more recognition more than a century after his death.

John Wesley Fairley was born a slave in Perry County in 1840. He made a small fortune in the logging industry, becoming a successful businessman. In 2018, the first historical marker honoring his legacy was placed in Stone County. By the end of 2020, he is expected to have another marker in Hattiesburg.

In downtown Hattiesburg, bronzed footprints are all that remain of Fairley’s legacy. After his death, residents forgot Fairley ever existed. The local newspaper would run articles citing their origin as a mystery or “puzzle.”

“It’s like we can’t remember this story,” Lisa Foster said. “That’s why it’s so important to get this marker in place.”

Foster earned a master's degree from the University of Southern Mississippi. She studied with a focus on War and Society. Mississippi Gulf Coast Community College archivist and historian Charles Sullivan introduced her to Fairley in 2013. Sullivan helped erect Fairley’s marker near the soccer complex in 2018.

Every time Hattiesburg forgot the origin of the footprints, Sullivan would remind them.

In 1983, the city ripped up the sidewalk and saved the footprints. Sullivan came to Hattiesburg and identified the feet as Fairley’s. An article published in the 2000s asked the same question, which Sullivan answered again.

“Without (Sullivan)… probably nobody would know about him at all,” Foster said. “Most of the people he talked to are gone now.”

From Sullivan's sources, the original story had Fairley coming into Hattiesburg. On the way to make a deposit at the bank, someone asked him to walk across wet concrete at the corner of Front and Main Street. But the building was never a bank.

After much research, Foster has answered some remaining questions.

Foster said the footprints were originally an advertising gimmick for the clothing store. She found a short advertisement in the Hattiesburg Daily News. It claims a “mysterious giant” walked downtown to the “Turner and Co.” where he bought shoes for his bare feet. The story made sure to mention that Turner and Co. carried “large and well assorted shoes” in all sizes. The giant then walked into Davidson & Co. to buy a suit, then entered the Carter building.

Fairley did not walk across wet concrete either. She found another advertisement for a company making molds and casting brass. It was close to the Carter building.

“That’s probably where [his feet were cast], but we don’t know for sure,” Foster said.

Fairley was a big man, but he was also a successful businessman with connections. Unfortunately, he lost most of his property toward the end of his life.

Foster has spent hours documenting his life. She is still chasing every shred of archival paper with his name on it.

"It’s about more than the footprints for me,” Foster says.

Foster began piecing together a complete history of his life.

"I don’t know a whole lot about his life as a slave—I’d love to know more—but it’s hard to find records from that time period,” Foster said. “What we do know comes from his United States solders pension application.”

Born close to Stone County, Fairley was owned by John Fairley. After he was freed, he joined the Union Army a month shy of the Civil War’s end. He served with the 74th Regiment United States Colored Troops until 1867.

He was stationed at Ship Island where he met Lorenzo “Nollie” Dantzler. It is unclear what happened between them at the time, but Fairley made a great impression on Dantzler. Shortly after, he made Fairley the foreman of his timber operation on Black Creek.

Fairley was in charge of both white and black workers, which was rare at that time. He floated thousands of dollars worth of timber down Black Creek. The Pascagoula River connected a vast forest of pine to Dantzler’s sawmill in Moss Point. The L.N. Dantzler Lumber Company was one of the largest lumber mill companies in the South. During the 1870s and 1880s, Dantzler’s mills produced thousands of miles of board feet.

The lumber industry made Fairley a rich man, and Dantzler even richer.

Fairley’s success was praised from everyone who knew him.

When the Federal Writers' Project began collecting slave narratives in the 1930s, a white man, B. H. Breland, wrote Fairley’s for him.

Breland described Fairley as a leader among men, highly respected and trustworthy.

Fairley had been dead nearly 20 years before the project began, but Breland wrote it was only right that Fairley have “at least this small tribute.”

"Somebody had to think an awful lot of him to go back and write this,” Foster said.

In letter of recommendation, a doctor wrote Fairley was the “leading colored man” in the community and “(A)t one time he owned 10,000 acres of land.”

Foster said it will take more research to figure out how much property he owned. But that figure could be close to correct.

Fairley did own a lot of land. His granddaughter, Lucille Fairley, told Sullivan that Fairley operated an inn between Wiggins and Gulfport at one point.

Fairley married twice and had nine children total. He married Kate Griffin in 1867, who was likely a former slave that lived on a neighboring farm in Perry County. Griffin died in 1878. Then he married Harriet McInnis in 1880. They were married until 1912.

Fairley’s prosperity came to an end around the turn of the century.

“I’m not sure exactly how he lost his money and his land, but by the time he is applying for this pension he just didn’t have much,” Foster said.

Fairley wrote that he fell and hurt his shoulder in the late 1870s.

"By the early 1900s, he is hurt and trying to get his pension,” Foster said. "I think that is how he lost most of his land…his pension was probably his only income around this time."

Foster is finishing up the application process for Fairley’s marker. Once submitted, the project must be approved by the Hattiesburg Historic Conservation Commission.

The marker will be like the green Magnolia markers seen around the state.

In the meantime, Foster wants to locate any living relatives Fairley still has.

Foster has been interested in history and research since her early 20s. She studies Civil War and Hattiesburg history.

She said Fairley’s life involved so many aspects of history that made Mississippi what it is today.

Foster said so much of African Americans’ impact is absent in Mississippi history.

"(Fairley) existed and others like him existed. They are still very much a part of the story of South Mississippi,” Foster said.