Carola Lovering’s Tell Me Lies is getting the Hulu treatment as the streamer gives the title a straight-to-series order.

The adaptation of the best-selling novel stars Grace Van Patten (Nine Perfect Strangers) and follows the tumultuous yet intoxicating relationship between her character Lucy Albright and Stephen DeMarco. The story unfolds over the course of eight episodes as the pair meet at college where their choices lead to irrevocable consequences. Lucy and Stephen’s “addictive entanglement” impacts not only their lives but the lives of everyone around them as well. Despite her appearing to be a well-adjusted Long Island girl, Lucy’s “Ice Queen” label hides a dark secret from her childhood leaving her disconnected from others. When she meets Stephen, she sees a dark streek she recognizes in herself.

Lovering is involved as a consulting producer on the series which will be executive produced by pilot writer Meghan Oppenheimer, Emma Roberts, Karah Preiss, Laura Lewis, and Shannon Gibson. The drama joins Hulu’s growing slate of book adaptations which include The Handmaid’s Tale, Normal People, Little Fires Everywhere, and the upcoming titles Nine Perfect Strangers and Conversations with Friends. 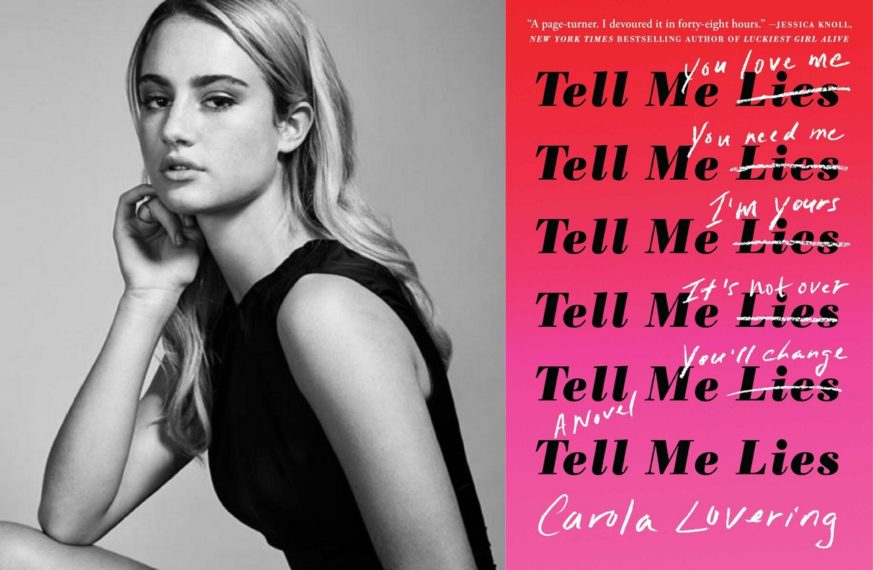 While Van Patten is set to appear in Hulu’s upcoming Nine Perfect Strangers, the actress made her big break with Netflix’s Noah Baumbach movie The Meyerowitz Stories in which she appeared alongside Adam Sandler, Adam Driver, Emma Thompson, and Ben Stiller. Her other credits include roles in Maniac and The Sopranos. Stay tuned for additional casting news as Tell Me Lies takes shape at Hulu.

This article originally ran on tvinsider.com.