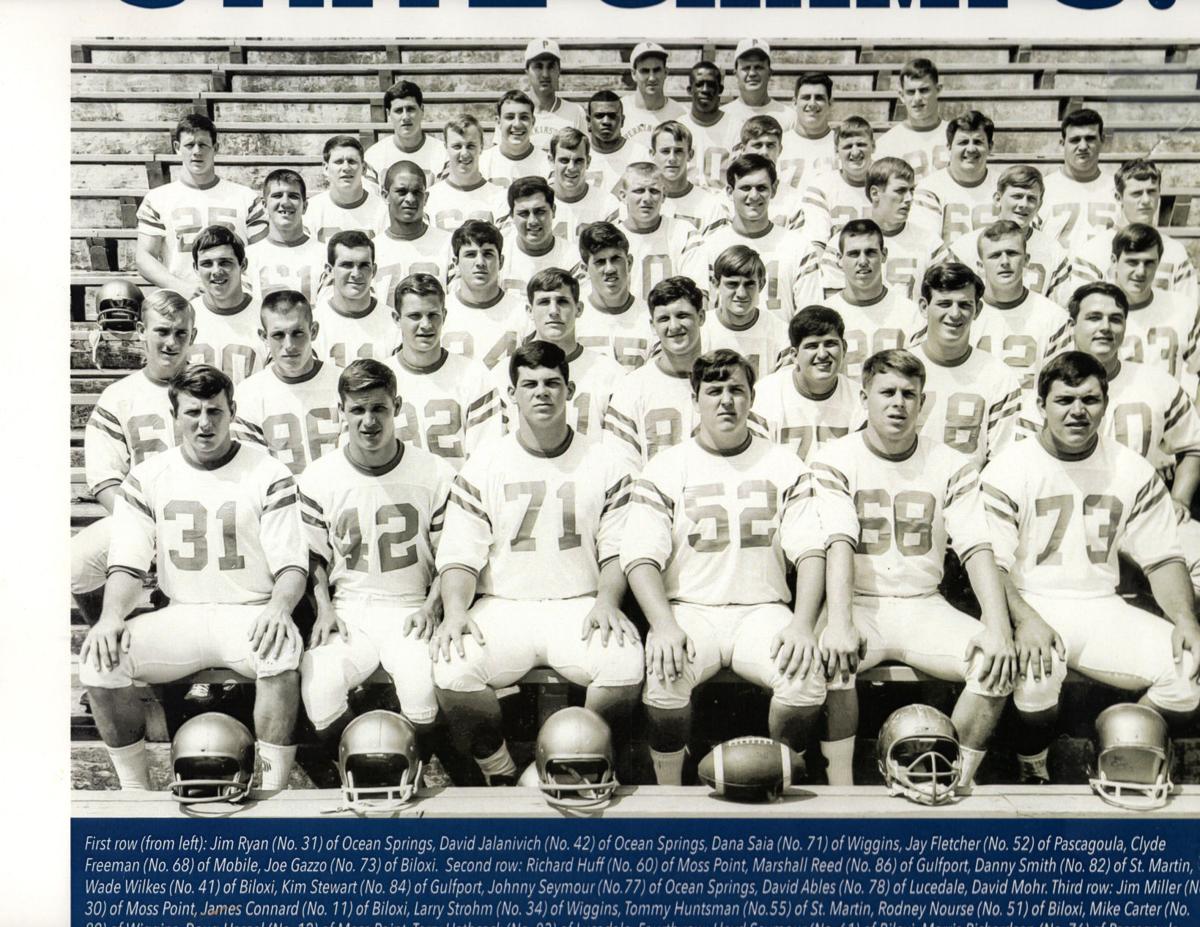 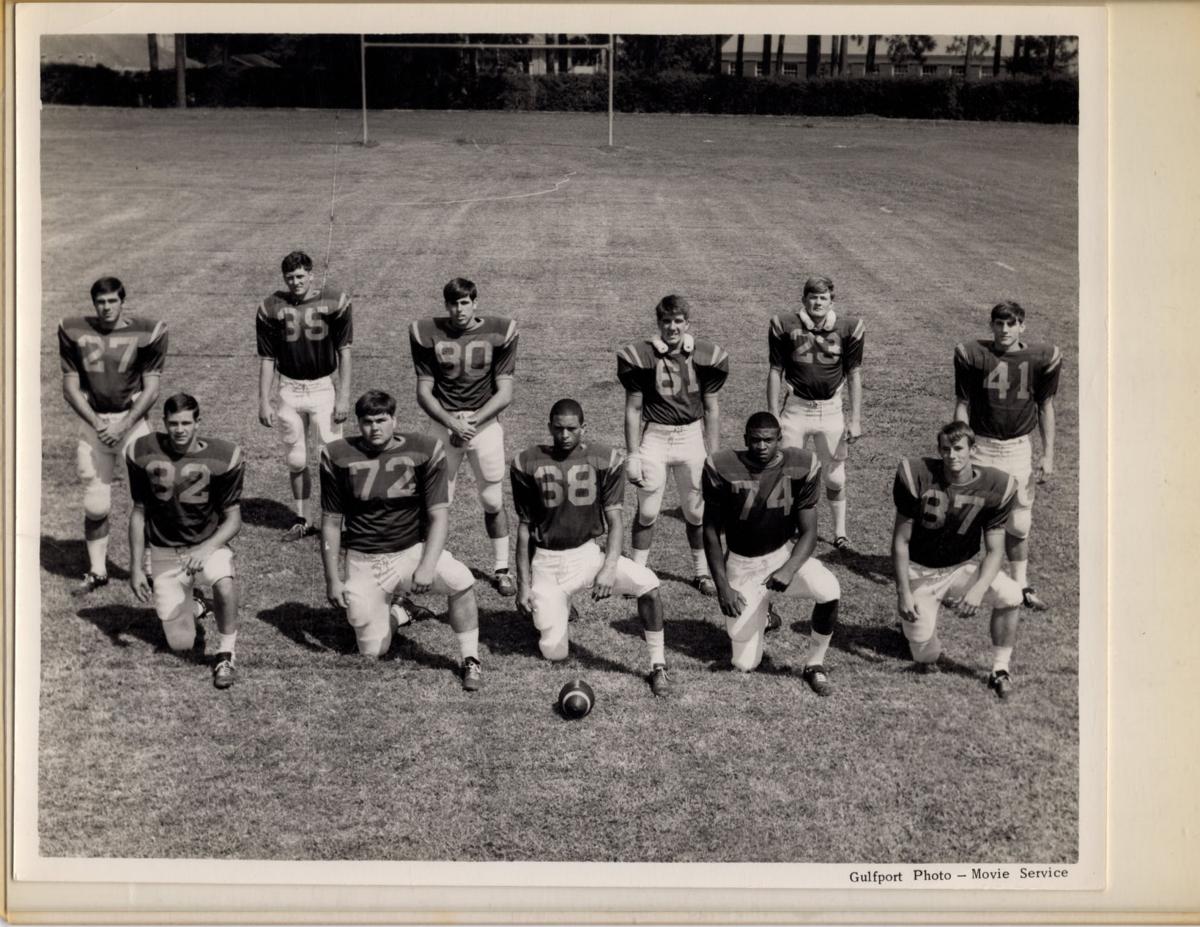 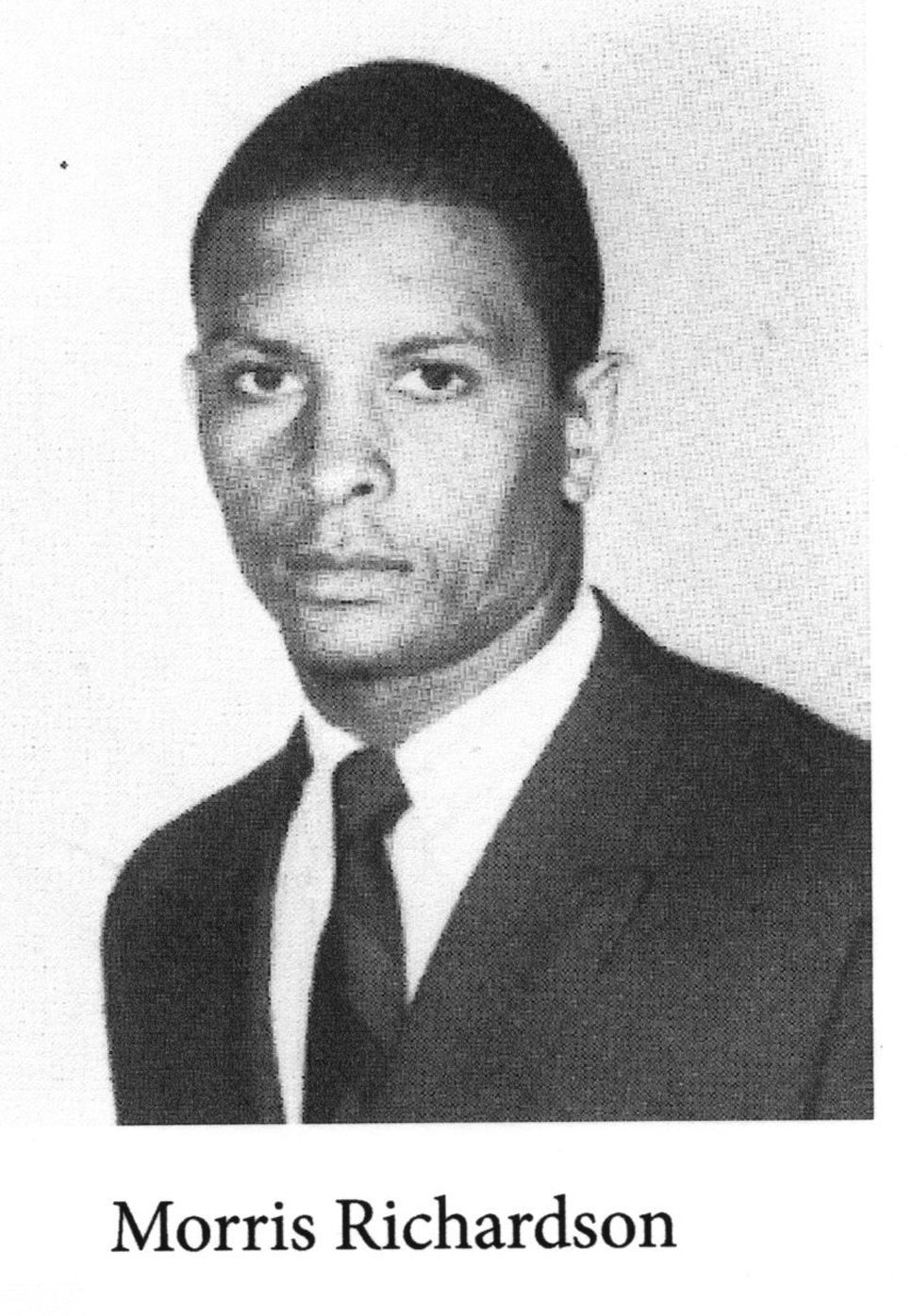 Stone County resident Morris Richardson has lived a life of adventure and advancement.

Richardson would grow up to be one of three African-American men to first integrate a previously all-white college sports team, would earn the U.S. Army’s Green Beret and travel the globe.

“It is history—it’s not going away,” Richardson says matter-of-factly. “It’s just something that we did.”

Richardson did not realize the barrier he and his two classmates, Josh Wells and Glenn Larkin, broke by joining the Mississippi Gulf Coast Community College football team in 1967. He played for George Sekul for two seasons. His first season, the team won the state championship.

He and his teammates set records and a precedent. According to Sekul in a history of MGCCC, the trios academic and athletic success paved the way for others athletes of color to play college sports.

“It didn’t take long with what we were doing to teams with these guys for the other junior colleges to get black players, too,” Sekul is recorded as having said.

Richardson says he had a very positive experience as a student and an athlete, which is why he returned to Perkinston in the late 1990s to earn more credits toward his degree.

Richardson was drafted in 1969 and was in training within months in California. It was his first time out of the Deep South, but it was the first trip of many he would take as a service member.

Born on his family’s farm outside McComb, Richardson moved to Pascagoula as a teenager, where he was first recruited by Sekul.

“Looking back on it, it was hard,” Richardson said of his upbringing.

There was a lot of work to do and only so many hands to get it done. The family raised a variety of animals and crops. It took everyone pitching in to get the work done.

“It was very rough,” he said. “We were poor and we lived in the country.”

Richardson said that is where his work ethic was first established. His knowledge of hard work and getting the job done helped Richardson to be a good student and, later, a good soldier.

When he started basic training, the early rising and physical demands were less of a shock to Richardson than other recruits. While in training, he met another recruit who mentioned he wanted to be in the Special Forces one day. Richardson had seen some members in their green berets and knew he would try to make the cut one day.

Richardson was awarded his green beret in 1979.

He described himself as a “weak swimmer” at that point in life, but that was not his only deterrent. He was older than all the other recruits—nearly 30.

Richardson taught himself to be a better swimmer on his own.

“I was determined to learn how to swim better,” he says.

When the military scuba diving tests were taken, extra pounds of gear were piled on. Richardson stayed afloat and to this day, he says that was one of his proudest achievements.

He later became a certified life guard and a Red Cross swim instructor.

Richardson impressed his training squad, too. He was selected to be a platoon leader in training. Out of the 400 trainees, he was one of less than 100 who remained.

Upon completion, Richardson took missions as a Green Beret on nearly every continent.

“I was all over the globe,” he says. “Some of the places were nice…and some were, I’d say ‘different.’”

Different, as in dangerous.

All together, Richardson spent 21 years in the military. He retired as a Master Sargent after 11 years with Special Forces in Germany, just south of Munich.

Richardson loved traveling in Europe, seeing the ancient architecture and enjoying the various cuisines. He studied the culture and learned to speak fluent German.

He decided to return to the United States and go back to school where he had left off 30 years before.

When he returned to campus in 1997, Richardson found himself sitting next to some of his original classmates’ children. He worked as a student on campus managing Harrison Hall.

While on duty, his future wife, Gloria, was working for the Census Bureau and came by to get a head count on students who lived in the dorm. They were married three years later.

Richardson completed his associate’s degree and earned his bachelor’s in kinesiology at the University of Southern Mississippi.

After graduation, he and his wife resided on their goat farm where they have raised dairy and meat goats for the past 20 years.

G & M Goat Farm was a successful enterprise for the couple. Their dairy goat products were bought all over and served in farm-to-table restaurants on the coast. In the past year, the couple has downsized and sold the dairy equipment to free up their later years.

At 71, Morris still takes his daily life one task at a time. He does not stop until one is complete and then he moves on to the next.

“There’s nothing hard about what I do, but it is time consuming,” he says.

Richardson has lived his life to the fullest extent, but he credits the military with giving him extra discipline and opportunities.

He says young people who feel they need some outside guidance should join and see the world.

“(Joining the military) makes a difference,” he said. “You become a more disciplined person…I carry that we with me today.”