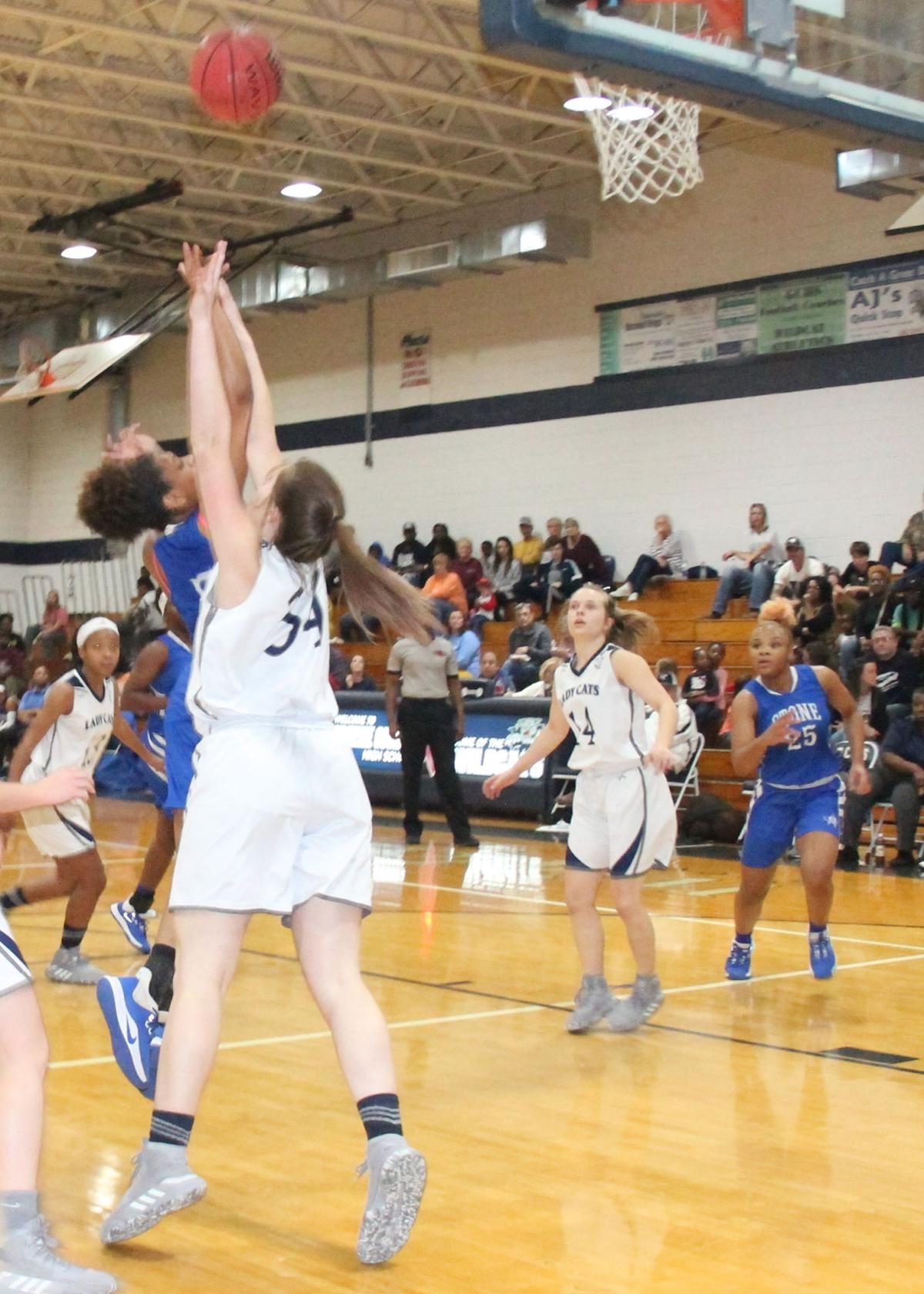 Reina Hartfield puts up a shot in the paint during Friday’s 46-44 victory over the Wildcats of Greene County. 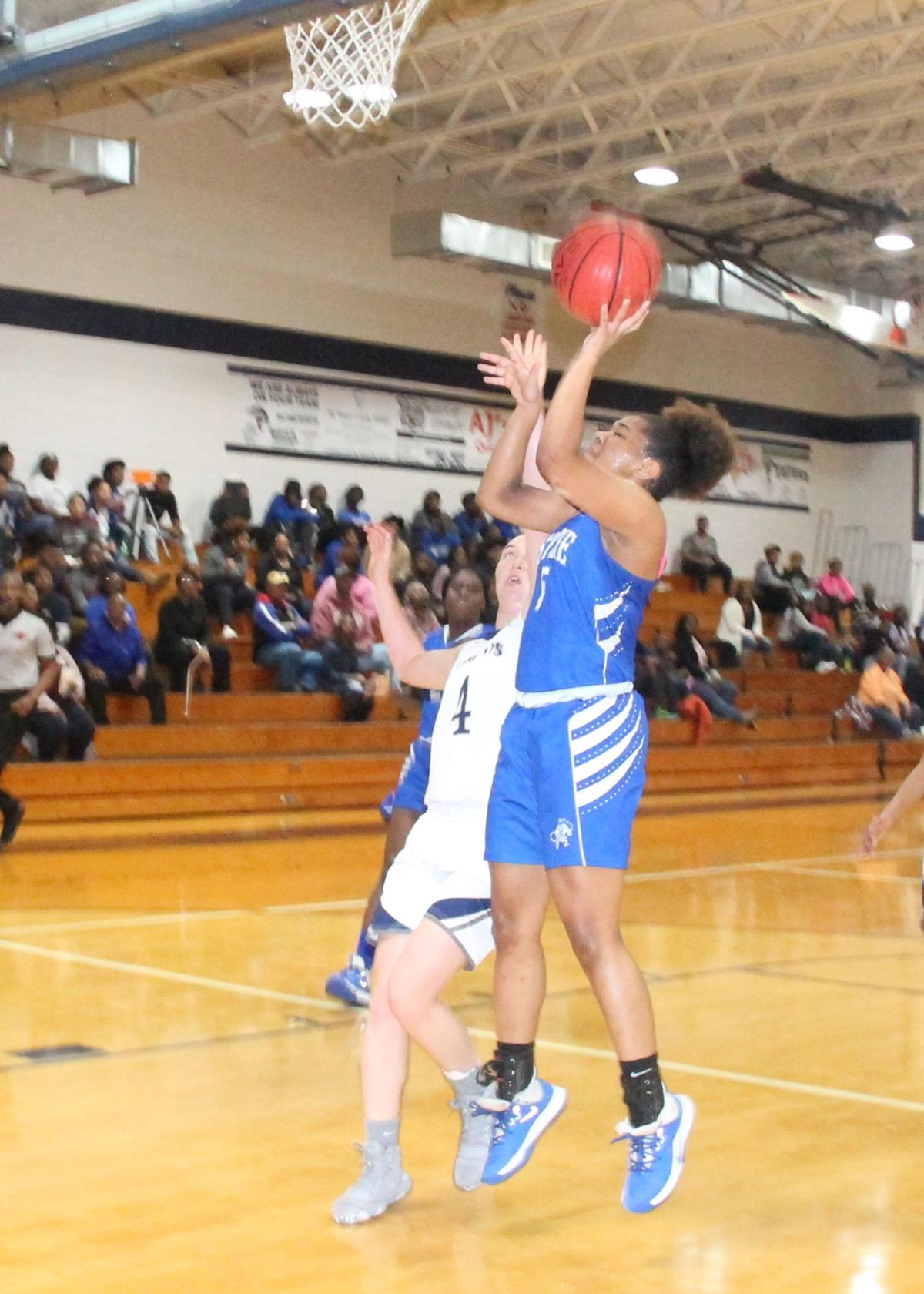 Reina Hartfield scores two of her 12 points during the Lady ’Cats 46-44 victory over the Wildcats of Greene County. 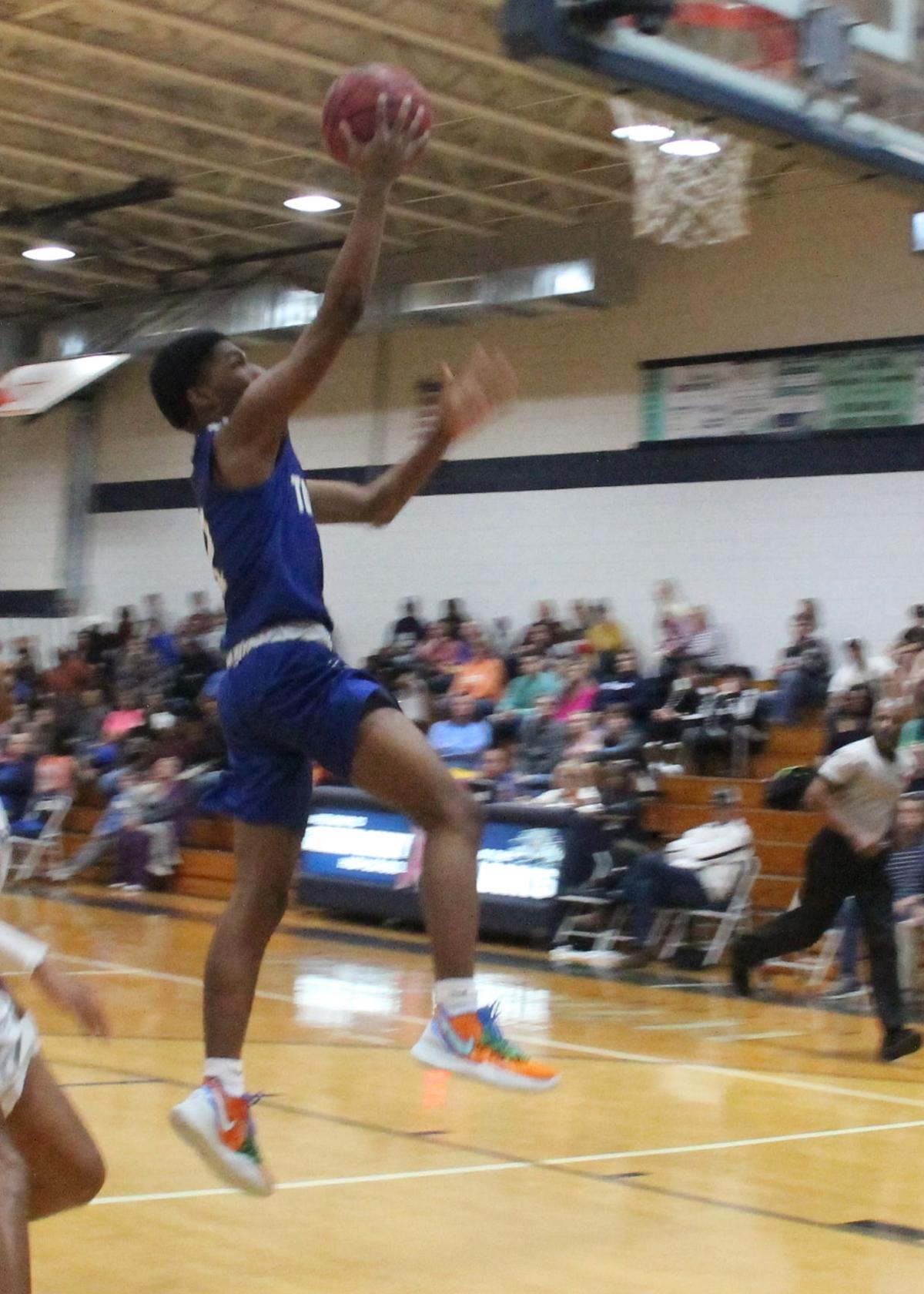 J’saiah Brown drives to the basket following a steal in the Tomcats’ 99-71 victory over Greene County Friday. Brown finished the night with 24 points.

Reina Hartfield puts up a shot in the paint during Friday’s 46-44 victory over the Wildcats of Greene County.

Reina Hartfield scores two of her 12 points during the Lady ’Cats 46-44 victory over the Wildcats of Greene County.

J’saiah Brown drives to the basket following a steal in the Tomcats’ 99-71 victory over Greene County Friday. Brown finished the night with 24 points.

The victory kept Stone undefeated at 5-0 in Region 7-4A; important in gaining a first-round bye when tournament time rolls around.

“I think the girls showed a lot of resilience,” said coach Sam Smith. “At halftime, I used a Martin Luther King, Jr. quote, ‘If you can’t fly then run, if you can’t run then walk, if you can’t walk then crawl, but whatever you do you have to keep moving forward.’ And I believe they took that to heart.”

Trailing by 11 points, 28-17, at the half, the Lady ’Cats came out of the locker room and totally dominated the Wildcats in the third quarter.

They held Greene County scoreless for the first 5:50 of that quarter, all the while chipping away at the lead.

When Hayleigh Breland hit a buzzer beater to end the quarter, the teams were tied 32-32.

“I had told them in the locker room there are no 11-point shots, so they were going to have to do it one basket at a time,” Smith said. “They came out and did just that.”

After the teams traded baskets to start the fourth quarter, Marie Moye took over for the Lady ’Cats.

She drew a foul and hit both ends of a one-and-one to give Stone a 36-34 lead, its first of the game.

She then drove the basket, made the shot and drew another foul, sinking the free throw for a blue-collar 3-point play.

She then scored two more baskets before drawing another foul and making one of two free throws.

All in all, Moye scored 10 straight points and the Lady ’Cats held a 44-36 lead. A lead they would not relinquish.

“Marie stepped up,” Smith said. “In the second half she got her second win.”

Breland and Moye both finished the game with 15 points while Reina Hartfield added 12. Moye also made five steals.

It was the Lady ’Cats second close victory over the Wildcats, paired with a 57-54 victory at Stone High last Dec. 13.

For ex-Badgers linebacker Zack Baun, combine is a place where everybody knows your name

It looked a bit like the famous, “Showtime,’ teams of old as the Tomcats utilized a pressing defense and an attack offense to build a 63-31 halftime lead and break the spirit of the Wildcats.

“We did a couple of things,” said coach Todd Miller. “The guys did a real good job pressing. We installed a new press and we kept switching between that and the old press and that sped things up and forced Greene County to make some turnovers.”

And the Tomcats took full advantage of those turnovers.

Cortez Dennis finished the first half with 28 points, many of them on two pointers shot right at the rim.

“The other thing we did was we convinced Cortez to work on his inside game, I mean, he’s 6-5,” Miller said. “If he’s successful at the inside game, it’s going to open up his outside game.”

Dennis was 10-of-18 from two-point range and 4-of-8 from beyond the arc and finished with 35 points.

“When Cortez and J’saiah are on at the same time; wow,” Miller said.

Brown scored 20 points last Tuesday to lead the Tomcats in a 72-46 victory over Sumrall.

Stone was scheduled for a return engagement with Forrest County AHS at the Rath Activities Center Tuesday and travel to Purvis Friday.

The Aggies are responsible for the only blemish on the Tomcats’ regional record.