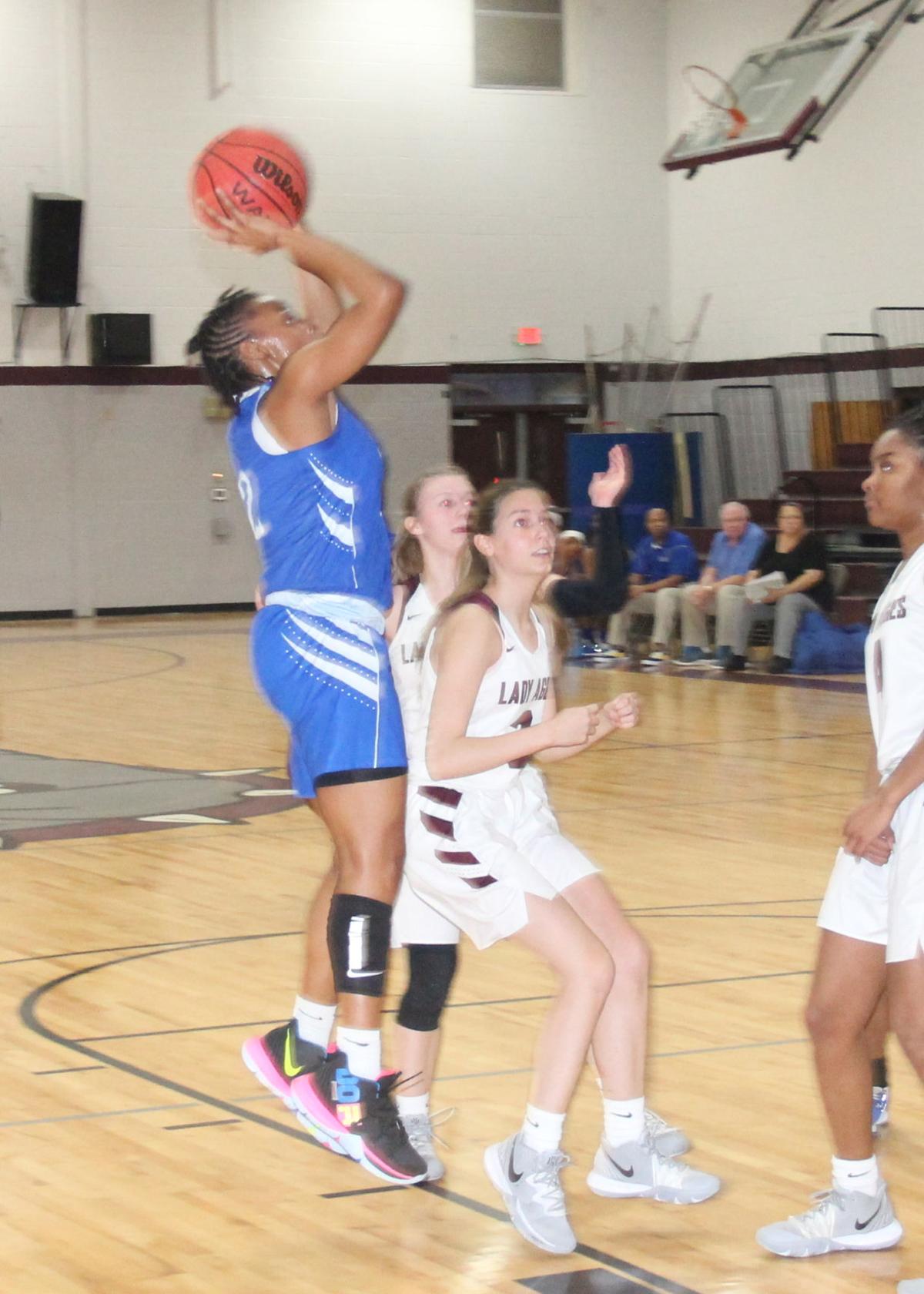 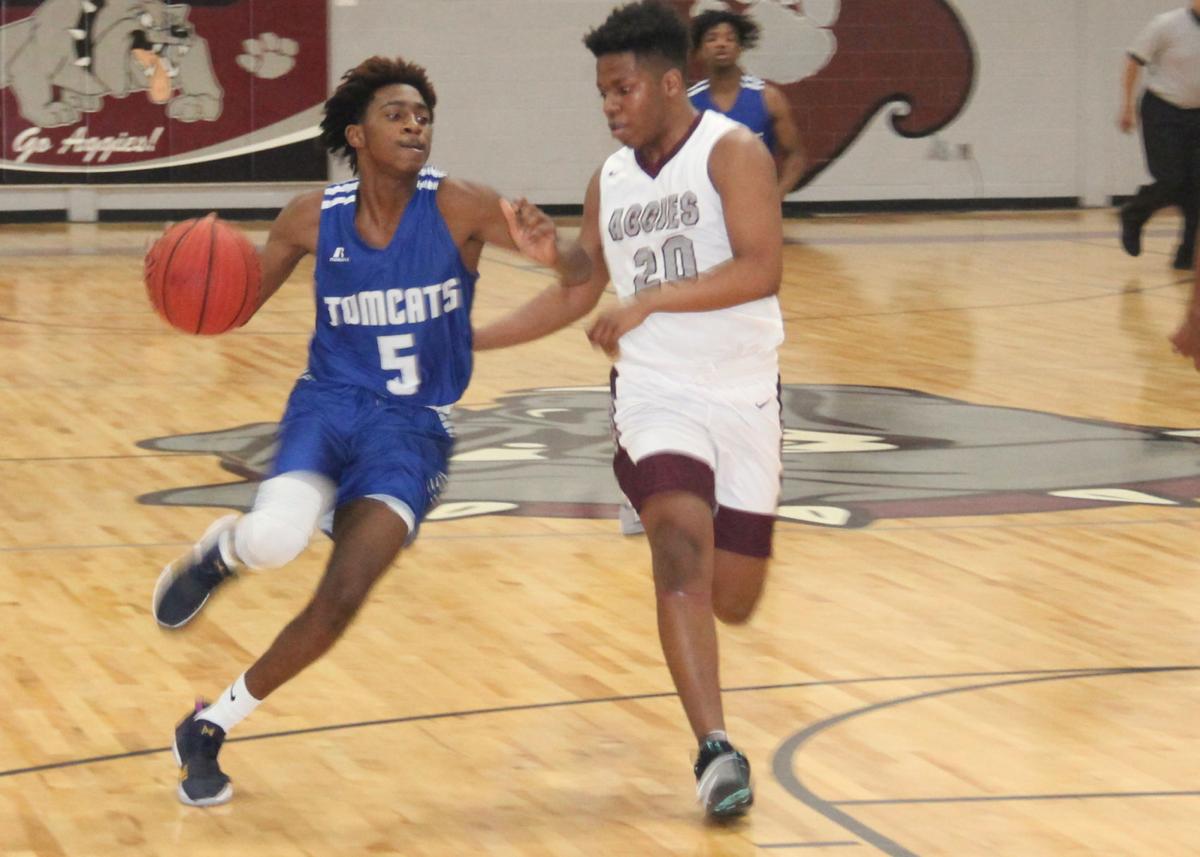 The Tomcats’ Javun Johnson looks for room to drive around a Forrest County AHS defender during Friday’s loss to the Aggies. 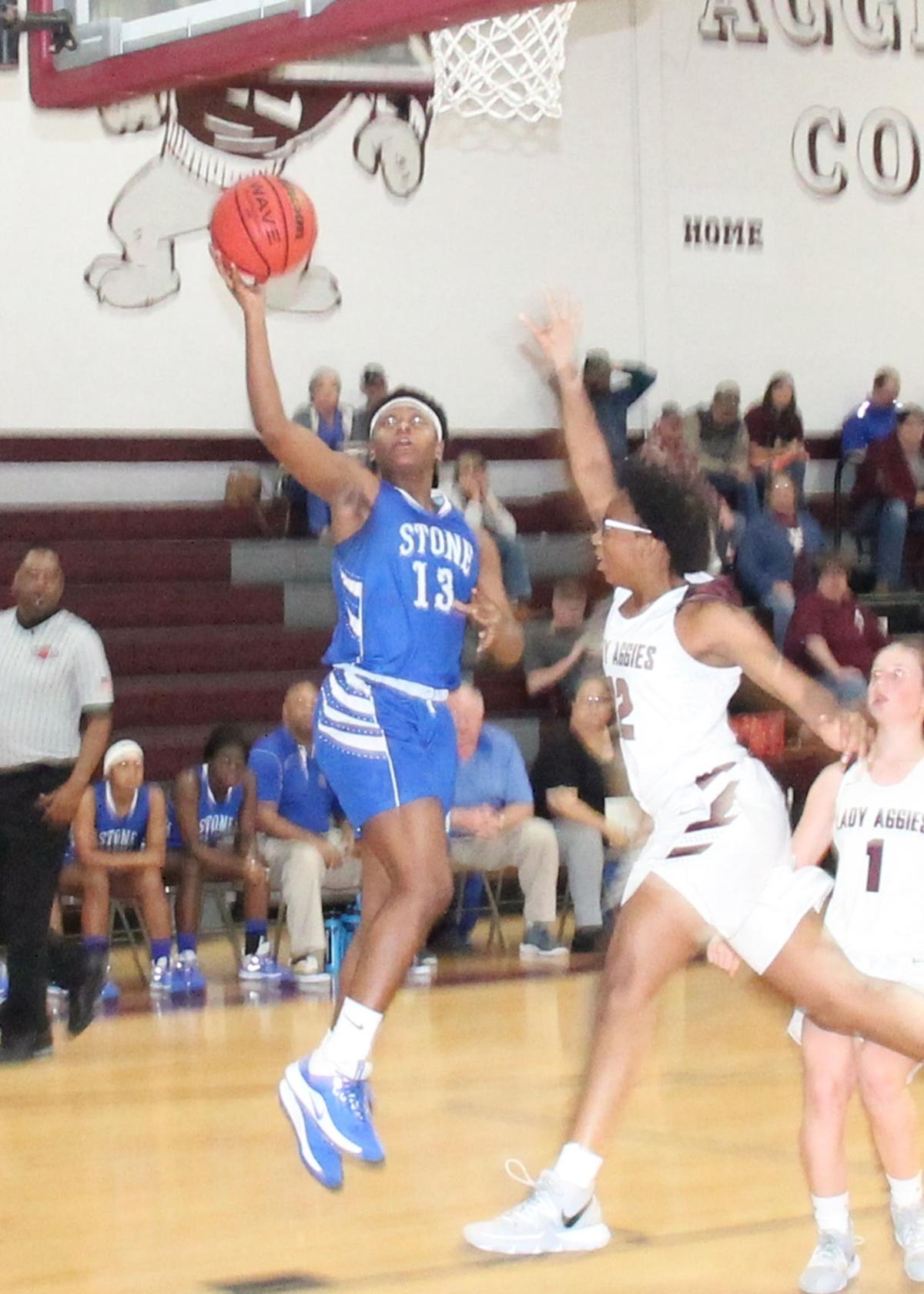 Marie Moye finishes a layup during Friday’s victory over the Lady Aggies of Forrest County AHS.

The Tomcats’ Javun Johnson looks for room to drive around a Forrest County AHS defender during Friday’s loss to the Aggies.

Marie Moye finishes a layup during Friday’s victory over the Lady Aggies of Forrest County AHS.

The Stone High Lady ’Cats basketball team remained unbeaten in Region 7-4A with a pair of victories last week.

Stone [14-4 overall, 3-0 7-4A] used a pressing defense and a barrage of 3-pointers to defeat both Forrest County AHS and Poplarville on the road.

So stifling was the defense, the Lady Aggies of Forrest County only managed 16 points as the Lady ’Cats rolled 57-16 Friday.

Hayleigh Breland led Stone with 20 points, 15 of them coming on five 3-pointers.

Marie Moye and Yazmine Bradford each added 10 points while Breland dished out six assists and made five steals.

Bradford had the hot hand, hitting five 3-pointers and scoring 15 points to lead Stone in a 52-42 victory at Poplarville.

“We’ve shot the ball really well,” said coach Sam Smith. “They’re knocking down that outside shot and we hope we can continue to shoot it well.”

Smith said his players were playing the inside/outside game with intelligence, recognizing when to go to the hoop and when to kick the ball out to an open shooter.

He credited Christian Fairley’s play on the inside with being instrumental in his team’s recent success as they attempt to secure a first-round bye in the divisional playoffs.

“I just hope they’re able to keep the focus,” he said.

The Tomcats picked up a Region 7-4A victory at Poplarville last Tuesday, defeating the Hornets 64-42 with a pressing defense that frustrated their hosts.

“We started pressing and it just fired our guys up,” said coach Todd Miller. “That, and some timely 3-pointers by J’saiah.”

The Tomcats were without leading scorer Cortez Dennis, who suffered an ankle sprain last Monday.

Things got worse later in the week when point guard Caleb Armstrong dislocated a finger.

Both players were out for Friday’s contest at Forrest County AHS, when the Tomcats fell by 30 points, 79-49.

“We just ran into a buzz saw,” Miller said. “Right now, we’re just trying to get by.”

Johnson led the team with 13 points against the Aggies while Zion Thomas contributed 12.

Dennis is expected to be available for Friday’s regional game at Greene County while Armstrong is out for at least two weeks.

Stone was scheduled to host Sumrall Tuesday and travels to Greene County Friday.