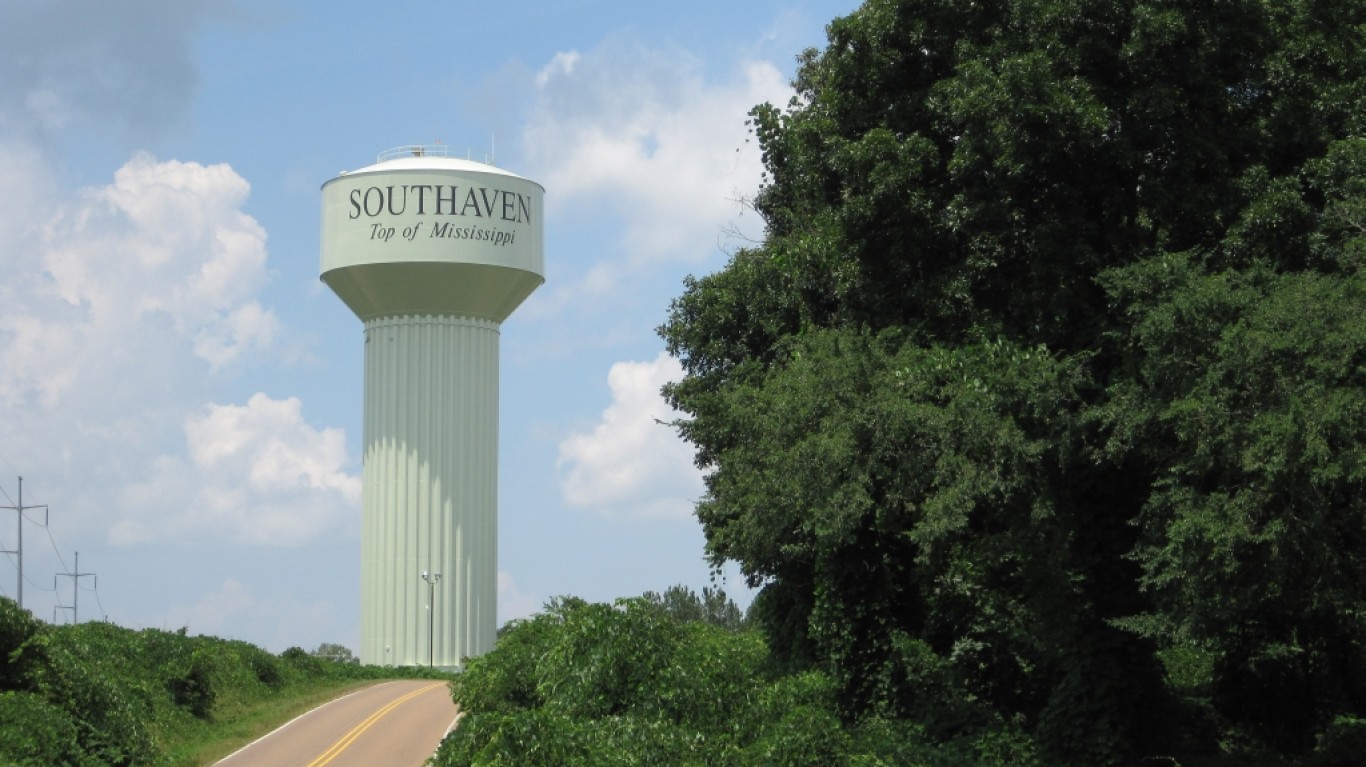 The COVID-19 pandemic had devastating economic consequences in the United States, grinding entire industries to a halt. One sector that did not suffer, however, was real estate. Driven by the pandemic, existing home sales hit their highest level in nearly a decade and a half in 2020.

The median home sale price in the United States was $265,000 in 2020 -- $30,000 more than it was the previous year. A quarter of a million dollars, however, is not affordable for many Americans. Still, for those on a tight budget, there are many parts of the country where most homes are selling for far less.

Only about 11,300 homes were bought and sold across Mississippi in 2020, nearly the fewest of any state. Partially as a result, only six ZIP codes in the state had a sample size of home sales last year large enough to be sufficient for analysis. Of them, the 38671 ZIP code, located near the northwest corner of the state, has the least expensive homes. The local median home sale value of $162,697 is well below the comparable median of $218,250 statewide.

Home values are often driven up by demand, and demand is driven by population growth. Between 2010 and 2019, however, the number of people living in the area climbed by just 4.9%, far less than half the comparable growth of every other ZIP code in the state with home sale data. For context, the U.S. population expanded by 6.8% over the same period.

Supplemental data on median household income, the share of households that are at least 50 years old, and unemployment are five-year estimates at the ZIP code level for 2015-2019 from the U.S. Census Bureau's American Community Survey.